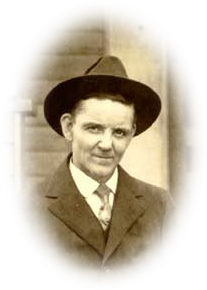 Miner H. HoweI14
b: 3 APR 1878
d: 19 APR 1940
Biography
Minor Howe was 62 when he died. He passed away on Friday morning at home. He had been ill for five days. He lived in Cuyahoga Falls for many years. Funeral services were held at Weller funeral home. He is buried at Oakwood Cemetery.

The account thus far comes from the Cuyahoga Falls Reporter newspaper article written September 8, 1916 recording her death. She died following an operation at People's Hospital in Akron. The immediate cause of death coming from peritonitis. She died on a Friday and funeral services were held Saturday at her home on Stow Street. Rev. E. A. Miller of the Methodist Church officiating. Minnie is buried at Oakwood Cemetery in Cuyahoga Falls.

We have evidence from a marriage certificate and a death notice that Minor Howe spelled his name Miner, with and "e".