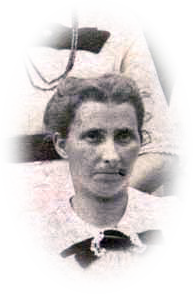 Minnie M. WhiteI15
b: 23 DEC 1881
d: 31 AUG 1916
Biography
The account thus far comes from the Cuyahoga Falls Reporter newspaper article written September 8, 1916 recording her death. She died following an operation at People's Hospital in Akron. The immediate cause of death coming from peritonitis. She died on a Friday and funeral services were held Saturday at her home on Stow Street. Rev. E. A. Miller of the Methodist Church officiating. Minnie is buried at Oakwood Cemetery in Cuyahoga Falls.

According to Dorothy M. Howe daughter-in-law, Minnie was pregnant in the tubes and was operated on following injuries after falling down a flight of stairs.