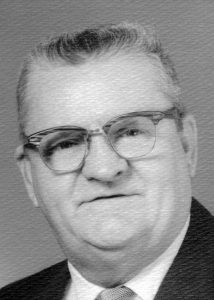 From a personal interview with Mom( Mrs. Dorothy Howe) , we have learned that Dad ( Charles) when he was young man was into exercising and body building. He was a boxer during this time and went by the name "Sammy" or "Red" . He worked on the WPA and help support his sister Ruth after her husband had died. After his dad married Alice Squires, Charles basically had to support himself with what ever needs he had. He sold papers for the Akron Times Press and the Akron Beacon Journal and this is how he put himself through school.

It was not uncommon for him to run from 329 Stow Street, Cuyahoga Falls where he lived to Monroe Falls or even to his Uncle Charlie's farm in Richfield, Ohio. He and Dorothy were acquainted with one another but did not officially date until she was about 17. Charles worked many jobs during his life including Falls Machine were he earned $.13/hr. For the most part Charles was a self made man. When the great depression struck mom can remember how dad took his high school diploma with him everywhere he went to look for work. Dad became a machinist by trade and ended up working for Delker Mfg., Cleveland, Ohio in 1958 and where he retired from in 1980.