The Autobiography of Dorothy Howe (France)

Written by Dorothy (Mom) Howe in a letter to her children. 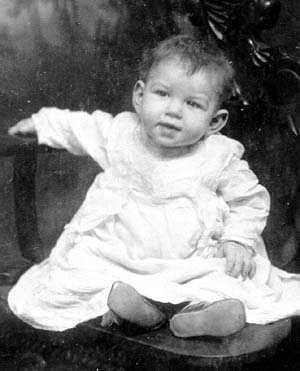 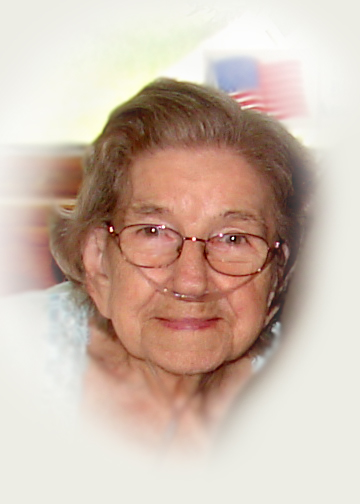 I knew my Mom and Dad loved one another and they loved us kids. Mom had 8 of us and one died. She never ate or came out of her room for 3 days. I was 7 years old but I will never forget that baby. It weighed 12 pounds and then got intestinal flu that a lot of babies were dying from in New York. Mom gave blood transfusions but it did not help.

It was the depression time and Dad could not find any work. We moved from one house to another and then found this big house, in 1925, (edit: she is referring to the old house. See photo to the left) in the woods and a bunch of drunks lived their. The police finally got them all out and we cleaned the place. You would never believe what we got into, bedbugs, roaches, mice, and rats. The drunks had taken every thing out of the house including the electrical wiring and the pipes. We had no plumbing or furnace for heat. We had a fireplace and a kerosene stove to cook on and a spring about a half a mile from the house where we got our water (edit: this is the spring that her father helped put in).

We never argued from one person to another. We lived the way Jesus wanted us to, help who ever you could help and let come what may, black or white we helped, ate dinner with them at our table. We tried to go to church every Sunday and sometimes it was pretty rough. We walked 3 or 4 miles to a grocery store and begged them to let us charge what groceries we had.

My Dad and Uncle (edit: she is referring to Uncle Bill who was her mother’s brother. See photo at right) picked up coal that was by the railroad tracks and a Christmas tree to wake up to.

We didn’t get very much for Christmas because dad was not working. My mother stayed up until 2 or 3 o’clock in the morning to make artificial flowers & crocheting dollies we thought people would buy, like 20 or 25 cents a piece to have a little money. But we kids knew mom and dad loved us. We said our prayers together & our blessing at all our meals. My brother (edit: I believe she is referring to Uncle Ronnie. See photo on the left) saved all kinds of bottles & give to this black man named Jack & he would get day old doughnuts for us. Mom made our bread washed our clothes from rain water over a washboard & the heat the irons on the kerosene stove to iron them. She hung clothes outside in the winter & they froze, we would bring them in & hung them over the stove to get dry.

We walked to school with bread bags over our shoes as we had no boots, took them off at the mail box until school was out & we got to the mail box & put the bread wrappers over our shoes again because we lived where they didn’t scrape the roads. Dad took a wagon or a wheelbarrow & went around to the houses & collected paper magazines, bagsful of rags to make enough to get a few pennies. We could get 10 loaves of day old bread for a 50 cents then. Mom wasn’t able to make our bread. We had cracked wheat, or cornmeal, or oatmeal; along with cooked prunes & used powdered milk to put over it or brown sugar if we ran out of white.

Mom would make syrup from brown sugar for our biscuits. We never had candy or pop or stuff like that unless my Uncle Bernard (edit: she is referring to her mother’s other brother who lived in Cleveland. See photo on the right) came & he usually had boxes filled with bubble gum or bring ice cream, or give us money for a piece of candy & when Mom paid the grocery bill the man would give her a bag filled with candy. My Mom would go through the bags of rags & some of the things were very good, like lace curtains & she would mend where they need mended & would starch & stretch them & they made beautiful curtains for our front room & dining room. We got big rolls of paper from the drugstore & papered living & dining rooms it was green & gold & made things look so nice. She canned everything she could. Made pickle relish of stuff from the community garden & our garden & made pickles & sawe kraunt (edit: sauerkraut) & root beer.

Aunty Vi gave Mom some little chicks & we had to keep them in the house to keep them from freezing, even gave them nose drops if they looked like they had a cold even like she did us kids. We brushed our teeth with soda & salt & once we would get a tube of tooth paste from school & that was a treat. We carried our water in buckets full 2 at a time if we could handle it & used rainwater to take our bath with in a wash tub behind the stove. Before we got the coal stove we used the fireplace. My baby brothers metal bed legs froze on them when Mom tried to wash them. We would put the flat iron in the fire to get hot & have to clean them off to iron with, we had a flat ironing board you laid across two chairs to iron with or on 2 chairs behind the table to sit on at meal time.

We had a slop jar for night doings & an out house Dad built for daytime. Sometimes we had to dig an extra hole & put lime in the old one to kill what was in there. When Mom washed clothes & boiled some lye water we took the water & the brush & scrubbed the slop jar & the toilet. We didn’t have toilet tissue we had to use newspaper or sears catalog to wipe with, unless we were having our period then she would save toilet tissue for us. Dad and Uncle Bill would collect boxes of ashes or tree twigs & fill in our path to a turn around drive way & then he put in a horseshoe court & we had a place to play. We got card board box & use for sleds to slide down the hill. Mom used good pieces curtain to tack on the windows for screens. We got an old screen door for our front & backdoor. We had a nice big porch we brought our mattresses down to sleep on. Dad put 2 boards by the steps so nobody would roll down the steps. I was 10 yrs old when we moved down there. We walked from home to St. Martha church on Tallmadge Ave. We all went to Forest Hill school & then Jennings 9th grade then to New North High school.

We had an old piano, Dad had a violin, Uncle Bill had a Uke, Al had a harmonica & spoons. Jerry had a Jews harp. Mom would play the piano, Dad the violin & you know the rest. It sure was fun singing with them all. Mom read us stories out of Catholic magazines after we had our chores done, filling the lights with kerosene & cleaning the glass chimneys for our lamps. We put our oven over 2 burners to get enough heat to bake four loaves of bread at 1 time, or biscuits or pies or cakes, it all turned out well.

Mom found a house for sale to settle the estate on Lloyd street, it sure was nice for $2800.00 dollars. That was 1942, my husband & I had moved upstairs in old house & moved downstairs after Mom & Dad moved out, from Aug. to Nov. & then the house caught fire We lost about everything but ourselves. The house is no more as it burnt to the ground all but the stone they used for the basement. (See photo on the left) We stayed with my Mom for a couple weeks & with his sister until after Christmas of 1942 (edit: She means 1943 as the old house burned in November, 1943).

Charles brother Ralph was in the service & sent us some war bonds home to cash to get enough money to put down on a brand new house on 8th. st. in the Falls. (See photo at right) We lived there for almost 2 yrs. & moved to 728 rear of Dan st. we had there & moved to 5th. ave. in East Akron, & then to the old house (edit: she means the house on Ira Ave. not the old house that burned).

Before that we lived on Yellowstone in a 2 room shack & then I had Jim & we moved into a 4 room house on Blackstone. Jim was just a few weeks old. I gave birth to him at the old house before Mom & Dad moved out. The we moved in the old house in Aug. of 1943 & Ralph was born. Had to go to the hospital to have him. He was from Aug. to Nov. old when the house caught fire. From 5th. Ave. we bought this house (edit: Ira Ave.) because my kids had a great place to play & the Summit Beach Park was just a stones throw away from us. The kids cleaned out the jungle next door to us so they could park cars & earn some money to go the fair at the park.

They learned how to swim & be life guards (edit: Brother Dave, Harry, and myself learned to swim when we lived on 5th Ave. The only one that may have been a life guard was brother Dave who did work at the Crystal Pool) & seen animals being born & had fun on the rides. There was a swimming area, skating, dancing, all kinds of things, roller coaster to have fun in. We could sit on our front porch & watch the fireworks that went up in the air. Mom & Dad & the kids would come over & watch with us. Uncle Ralph stayed with us for a while until I needed the room for Dorothy Ann, then Eddy, Don, Mike, & Victor. Took care of Tom while Harry & Jill worked & took care of Dorothy while Laura was born & then Kenny was born & their still here.

(Edit: The following two group photo’s show many of the people that Mrs. Howe mentions; brothers, sisters, husband and 3 of her sons.) 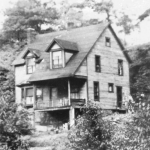 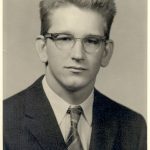